The allure of shame 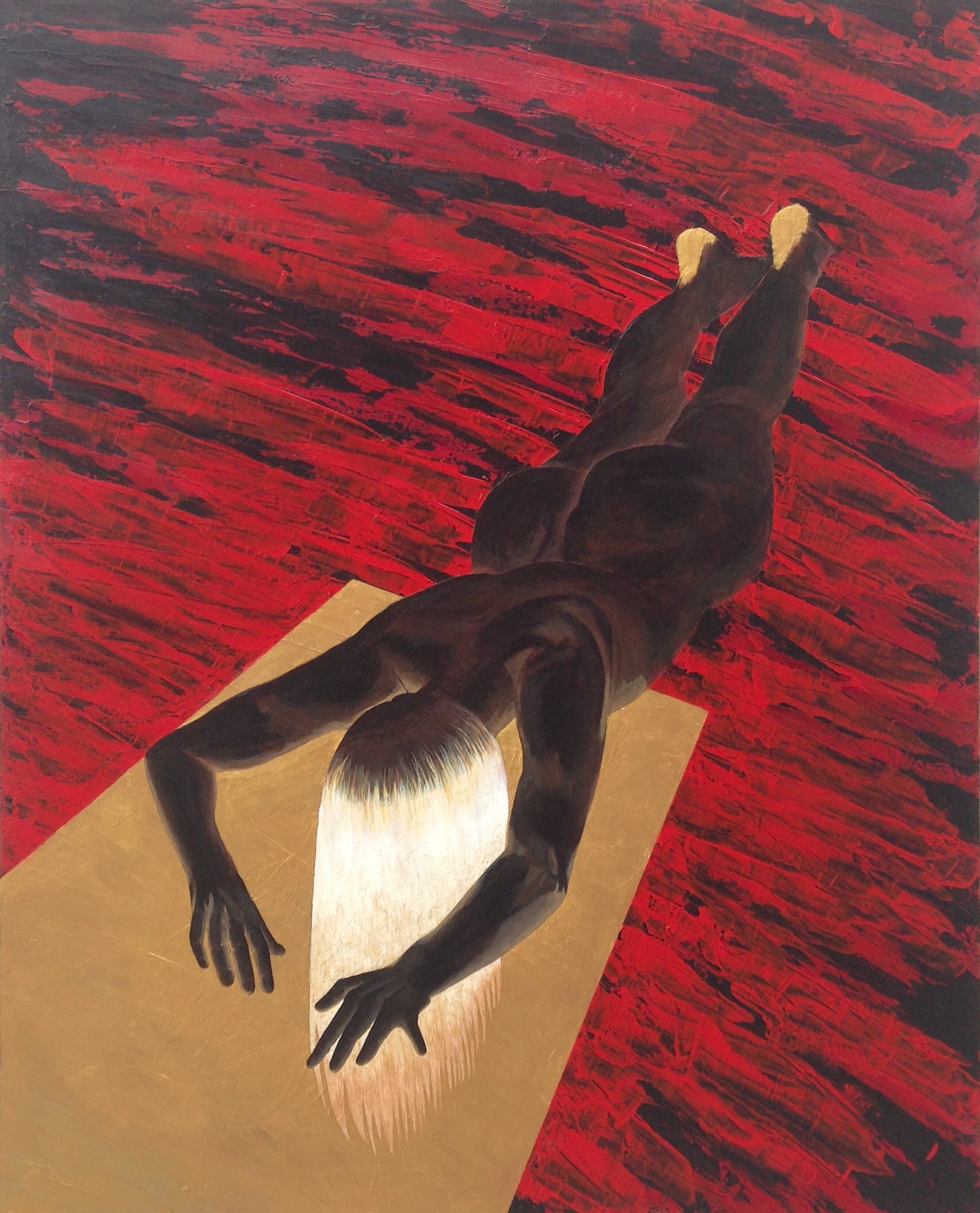 If I look a bit happy beside a painting with the heavy title of, “The allure of shame,” it’s because this painting was a marathon to paint. I took me 13 years!!

It began as a simple picture of a woman on a beach which I painted in Brisbane in 2003. I was never completely happy with the way it turned out but wasn’t sure where to go with it. I didn’t name it as I didn’t consider it finished.  It stayed like that for years. My wife, Mege, and I moved back to Ireland and it came with us.

Last year a friend included me in one of those Facebook art challenges where you had to post an old or unseen piece of art each day for 7 days. I had names for all the other paintings I posted but not this one.

I was a bit rushed on the day I posted it and when it came to adding a name, “Shauna’s regret,” popped into my head. I don’t know a Shauna and I didn’t know what she was regretting but I went ahead with the name anyway.

In hindsight I think naming the painting started a reaction in me because at the beginning of this year I put it on the easel with intention of ‘fixing it up a bit.’  I just wanted to get it to the point that I could look at it without making lots of mental corrections which is what I’d been doing for years.

It wasn’t long on the easel before I’d painted the woman in gold, the background red, and painted this golden void that she was looking into. None of which I had planned to do. From that point on it had a life of its own. The background went black and since she was looking into a void her hair didn’t seem right so that got changed too. Then the black came in again, a bit, and now that her hair was no longer covering it she needed a right hand. Then I had to change the shadows and highlights on her because she was no longer on a beach under the sun. I hadn’t a clue where she was now but it didn’t look like a beach in the sun anymore.  I have Scott Waddell to thank for helping me with this. He didn’t help me personally but his video, “On Form,” was invaluable. She gradually got darker as I worked my way through the new lighting and more red crept into the background. Eventually it finished. She turned out a lot darker with only her golden heels remaining. Don’t ask me why, it just had to be that way. The photo doesn’t really do this painting justice. I’ve been living with it now for a few months and it changes with the day. The textures of the black and red reflect differently as the gold shimmers in the changing light and all the under painting adds a lot of depth.

I’m very pleased with the way it turned out. . .