Social anxiety and me 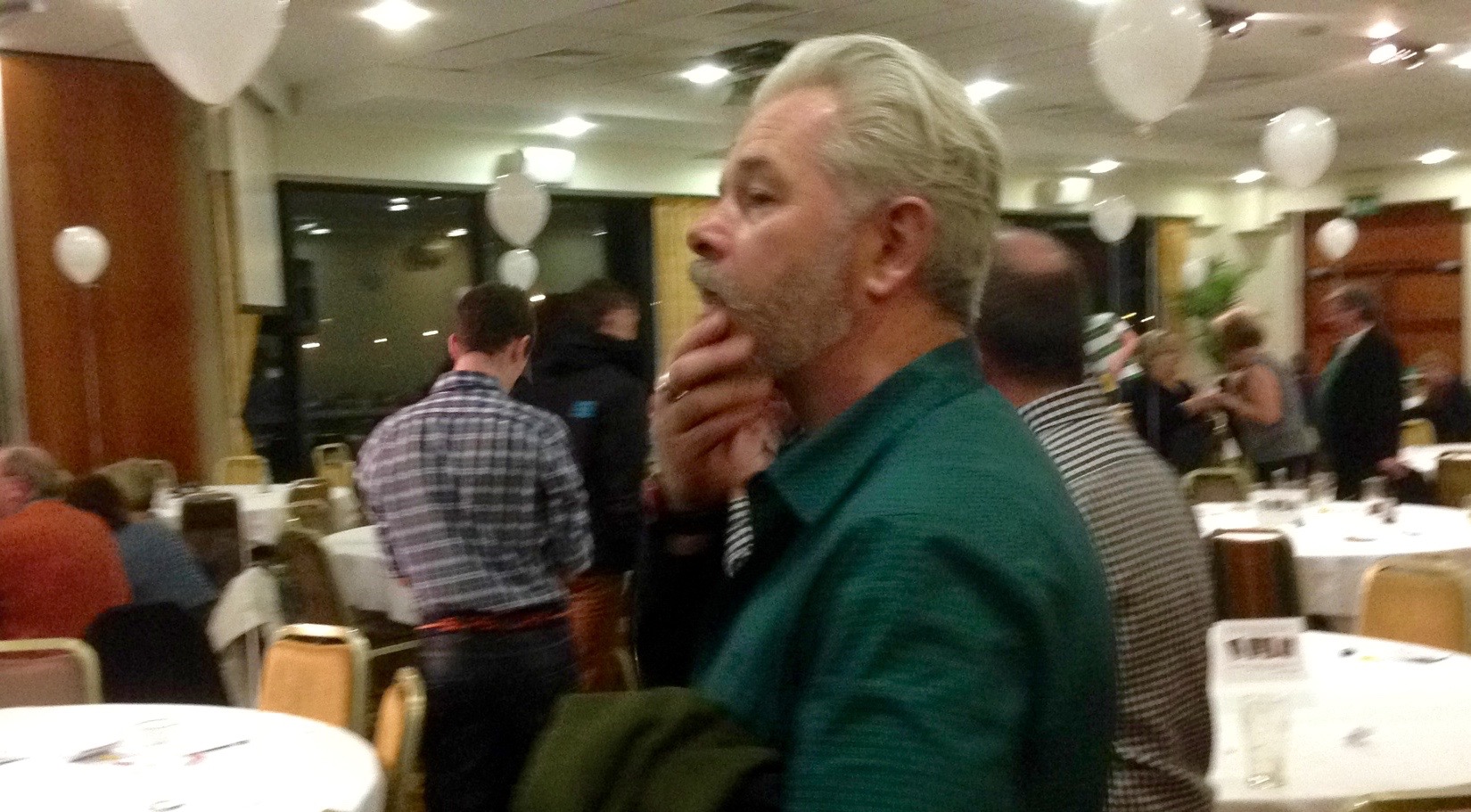 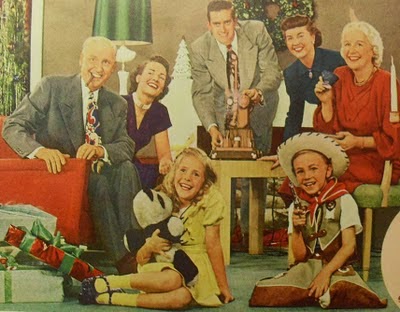 I’m 5 years old and uncle Tommy is coming over to show his cine films. This is 1968 and it’s a big deal. If you’ve seen Mad Men you’ll get the picture. Cine films were an event because they were in colour. Our tv was black and white. Cine films needed a projector, and a screen.  It was like going to the pictures in your very own house except you knew the people on the screen. Mind blowing.

The day arrives.  Uncle Tommy and Aunty Cathleen arrive with their kids. There is moving of chairs and erecting of screens as the living room is transformed to accommodate the audience, which number 15 with the combined families. In the confusion I find myself outside the living room door just as the film starts.
And I’m stuck.
I remember the internal confusion. One part of me said open the door and go in to watch the film. Another part played a slow motion version of what would happen if I did that. I would open the door, which was just to the side of where the screen had been set up. I would go into the room and everyone would look at me.  It was this simple act of being looked at by everyone that was paralysing me.

I must have hovered outside the door for about 15 minutes, which for a five year old boy is like two months. Eventually I gave up. I knew I couldn’t do it.  I sat on the pavement outside our house and cried big chubby tears. It was all too much.

Sometime later my father appeared beside me. I hadn’t heard him come out. He asked me what was wrong and I told him I couldn’t go into the room. He didn’t ask why, he just said, “Come on in with me and you’ll be grand.” And that’s what I did. I kind of hid behind his legs as we went into the room and it was okay.

A few weeks ago something popped up online about social anxiety. I followed the link and fell off my chair.

Social anxiety or social phobia is an anxiety disorder characterised by overwhelming anxiety and excessive self consciousness in everyday social situations.  It affects about 13% of people and it turns out I’ve got it. Big time.

A psychiatrist called, Dr. Michael R. Liebowitz, came up with the Liebowitz Social Anxiety Scale Test, which assesses the way social anxiety plays a role in a person’s life across a variety of situations.  I took the test and scored 89 which puts me in the severe social anxiety category.  The cine film incident was over 45 years ago. It’s my earliest memory of social anxiety.  That’s 45 years of thinking I was, at best, a bit shy, and at worst, flat out weird.  Here are some examples of how it still affects me, 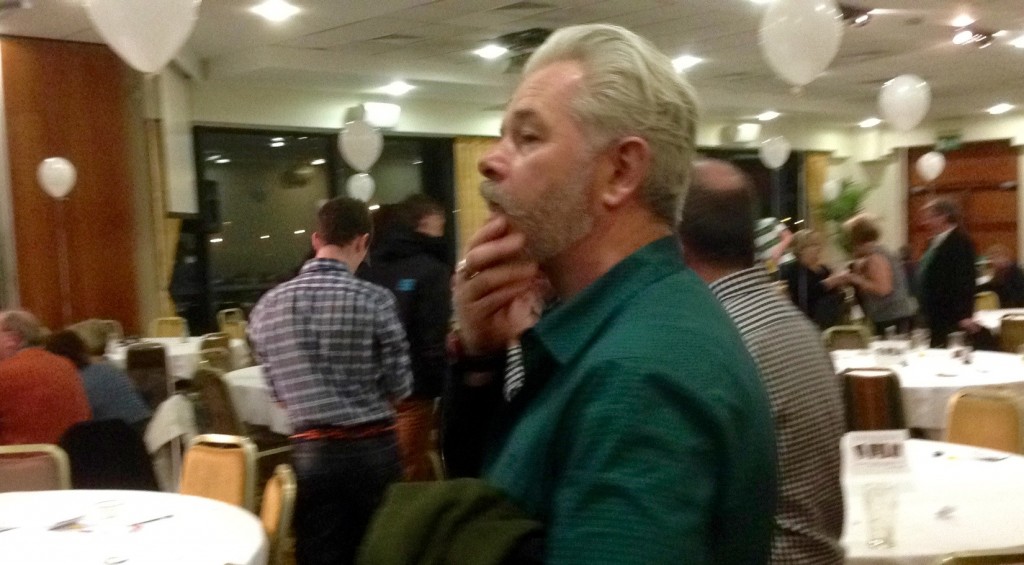 As I read through the descriptions of social anxiety disorder I started to get wound up. My life would have been so much easier if I’d know about this before.

Just as I was getting up a nice head of self righteous steam the symptoms started to drift.  “People with social anxiety have a deep fear of humiliation and of being judged by other people.”  Hang on, that’s not really me.

“Individuals who suffer from social anxiety typically have a stronger than usual desire to make a good social impression.”  No, wait. I don’t do that.  I don’t care what other people think of me and I particularly don’t care what judgements people have of me. In fact if people are going to be judgemental, well forget them. I don’t need that kind of negativity in my life!

Strong reactions particularly where I’m convinced I’m in the right, are often red flags for deeper issues. When I calmed down I started to pull apart what was really going on for me. What was the big deal about everyone looking at me when I walked into a room? What was the real problem with small talk at parties?

If you have social anxiety disorder feel free to describe what it’s like for you in the comments section below.  Reluctantly I began to see that for me, it was true. I was concerned about what people thought of me but not in conventional of way.  It’s like I am missing a way of interacting with people that seems to come naturally to others. I don’t intuitively know what to do socially. This missing piece marks me out as odd.

When I looked into the depths of why this is a problem I saw that subconsciously I am afraid I will be thrown out of the tribe, possibly violently, and starve to death. That’s if I don’t die from the wounds inflicted by the angry mob.

Ah, my subconscious, all that creativity used for darkness.

Anyway, so I try to cover up my, “oddness.” Unfortunately I am missing the tools for covering things up socially so I just make it worse.  I start to get hot. My throat goes dry. I forget how to breath and my mind goes blank.

While I’m glad I found out about social anxiety disorder I think its important not to wrap yourself up in a label and bed down for the rest of your life. I don’t fit all the symptoms anyway and I suspect most people don’t either. The main benefit for me is that knowing about it allows me to be more compassionate with myself. It also allows me to appreciate what I’ve done in spite of it, and what I continue to do.

Knowing about it also allows me to mange my environment more compassionately. Now when I commit to doing something socially I have a gentle understanding of what will make it easier for me.  I can take better care of myself as I go through it.

In researching social anxiety I read that cognitive behavioural therapy can help. I mentioned this to my wife, Mege. I thought she would be right behind the idea of me getting some treatment. My social anxiety must have made her life more difficult. 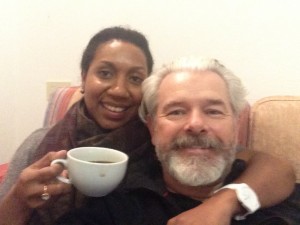 I was wrong.  She said my social anxiety was one of the things that made me unique. It gave me, “lots of lovely layers.”  That being with me had taught her to be more gentle in social settings.  To be more gentle generally. To be a better listener.  That a lot of chatter about nothing can add to anxiety, mine and hers.  That being with me has helped her to slow down.  She said she liked me exactly the way I was and not to go messing with it.

If that isn’t unconditional acceptance I don’t know what is.

If anything I’ve written about sounds familiar take the test and see how you do. You may discover like me that you’re not odd. You may discover you have little to no social anxiety at all and that’s great too.  Either way I hope you will have a gentle understanding for the, “shy,” person at the party. If they stand beside you but don’t say anything. Be cool. They’re working on it. It will come. If you really want to put them at ease tell them something deep, and personal, and real about yourself, and see how you both blossom.