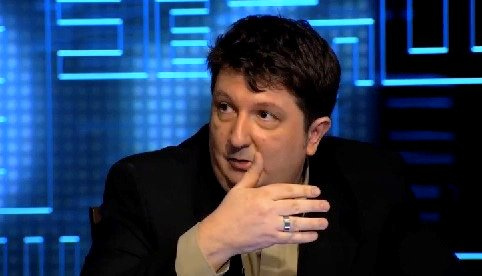 This is an interview I did with Zsolt Bugarszki, a mental health lecturer from Budapest, Hungary about my book Maya Noise for his blog, “My crazy mind.”

Where did you draw your inspirations of your second book – ‘Maya Noise’?

Inspiration? It was more to do with sleep. I wasn’t getting much at the beginning of 2010.  Instead I was being kept awake by insights I’d had decades before. It’s not like they were new and I just-had-to-write-them-down. It’s not like I thought humanity needed to hear my truth or any rubbish like that. Humanity was doing just fine as far as I could see and anyway humanity was just an idea. I’d never met a humanity. I just met people, usually one at a time. I didn’t think I knew what was right for them and I didn’t think anyone else did either, the only person who knows what’s right for you, is you, so there was even less point to writing.

It had been different with my first book, “Why Do We Get Sick? Why Do We Get Better?“, that had developed from hundreds of conversations I’d had with patients. Conversations I had seen people benefit from. Organising those conversations into a book was a natural progression. There was no natural progression to this current pressure to write but the sleep issue persisted. I’d get into bed after a long day of treating people in my craniosacral practice and two hours later I’d be staring at the ceiling wide awake with these insights pressing me to write them down.

Part of craniosacral work involves deep meditation so after ten nights of broken sleep I was at serious risk of falling asleep on top of a patient. Not a good look. In the end I made a deal with myself that I’d start writing but I wouldn’t show it to anyone. That did the trick and I got some sleep.

Those smarty pants writings would probably still be in my top drawer if I hadn’t made the mistake of reading them to my wife one day. She listened quietly throughout and when I finished she pinned me to the spot. Instead of telling me something like I was a strange cookie, but she still loved me, like I expected her to, she said something worse, “Nearly but not quite.”
It did my head in. “What?”
She said, “It’s very good, and it’s important, and I can see why you’re writing it, but it’s not quite there yet.”

She was using the carrot and the stick, together!! I knew she was encouraging me, but to what? I tormented the poor woman for the next couple of days trying to get her to elaborate but she couldn’t.

After a couple MORE nights of troubled sleep I woke up early one morning like a light had been turned on inside me. I started to write what turned out to be the first chapter of the finished book. The writing style was very different to everything I’d written previously and the content was very personal, disturbingly so. I subsequently read somewhere that all good art takes big risks and exposes the artist in ways that are uncomfortable. This was certainly the case for me, I felt very exposed when I read the finished chapter to my wife. If I got, “nearly but not quite” again I knew I was screwed because I didn’t have anything else to give it, I’d left it all on the page. Thankfully she didn’t, she said it was “spot on” and the book continued from there.

How do you rate the ‘sexually explicit content’ in your book as part of the overall of the entire book?

If life is like a box of chocolates then sex is the chocolate. It takes different shapes and envelopes all the various flavours. Everyone seems obsessed with sex in one way or another. It’s all over the media, in our music, our magazines, our movies, our books, on the TV, it’s everywhere. And while men and women relate to it differently, men are mostly interested in having sex, women are mostly interested in looking sexy, the mutual interest is undeniable.

I know they never talk about pixie dust on CSI but it’s there in sex too. Why would everyone be so interested in it if it wasn’t. What other non chemically induced activity gives us access to hidden parts of ourselves like sex. It transports us to a deeper reality and breaks up our rigidity by making us crazy. Just like it’s impossible to keep your eyes open when you sneeze, it’s impossible to keep the mask of sophistication on when you’re coming and that kind of disclosure is very spiritual.

Are any of the characters and personalities in this book conceptualized around the people you personally know?

Everyone in the book is a real person. I name some directly like my former spiritual master Barry Long, or the woman I got enlightened with, Catherine Ingram. The rest are people from different parts of my life. For most I’ve changed the names and some of the details of their lives to maintain their privacy. For example, towards the end of the book I talk about a former patient called Doreen who had chronic fatigue syndrome and went on to became a samba dancer. She was a real person but her name wasn’t Doreen and she wasn’t a samba dancer but other than that the story is real.

After enlightenment, how did it change your everyday life?

I wanted to believe it but in my heart I didn’t. In my heart of hearts I believed there was a better shinier version of me that I could be living and that I should be living and that if I got enlightened I would be living. The problem was that at my core I didn’t trust myself to get there. I didnʼt think I had it in me. I was impaled on the hook of the perfect version of myself. When I realised at the deepest level of my being that the fundamental flaw was an idea and not real, I became enlightened. I took myself off that hook and it disappeared from inside me and never returned.

The effect was like a seismic shift in the ocean floor of my being, it was unnoticeable at first. The tsunami didn’t hit for a couple of months and by the end of it my marriage was over, I’d lost my child and I’d shifted continents, literally, I was living in Australia.
So, yes, it had a big impact on my everyday life, just not in the way I expected.

As a book writer, what kind of advice would you give to anyone who wants to overcome writers’ block?

Show up. Woody Allen says 90% of success is showing up and I think he’s right. Writer’s block is no fun so whenever it happens I do what most intelligent people do, I do something else, something that’s a bit more fun, I check my emails or I look on facebook or twitter, all of which are fine, the trick is to keep returning to the writing.

My other tip for getting through writers block is alcohol. Here’s what to do. Fill a bowl with red wine and soak the tips of your fingers in the wine before you start writing. When you are ready to begin, towel your fingers off and drink the bowl of wine. Repeat the process until the writers block is gone. The finger-dipping part is optional.

Booze is a risky proposition but if used consciously can fill the dreaded blank page and get your momentum going.

There was a famous Taoist artist who made a point of drinking a lot of alcohol before he started to paint. Once he was blind drunk he would stagger towards the canvas and start painting wildly with chaotic splashes of colour and movement. He’d use his hands and fingers as brushes or he’d fill his mouth with wine and spray the canvas with it. He’d bump into the colour jars knocking them over and then use the odd mixtures to paint with. He regularly trashed his studio.

The next morning he would tidy his studio and begin work on the paintings he had started the night before. He would bring all his skill and training to bear and in a very controlled and systematic way give his wild inspirations of the previous night full expression.

Sometimes what is needed to get through the writers block is dynamite. The trick is to drink the dynamite sparingly.