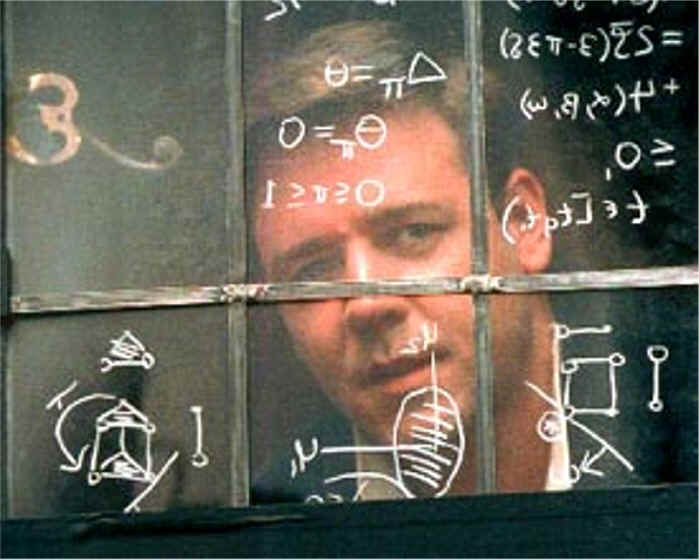 Here is a possible intermediary step on the road to direct governance. This is a great article by Carmen Yarrusso from Truth Out. What started as a somewhat complex mathematical analysis of the game of politics using game theory (the mathematical study of strategic decision making) has evolved years later into an extraordinarily simple idea that would revolutionize government at all levels.

Deception is the lifeblood of our political system. A system claiming to work for the best interests of the people, while in fact largely working for corporate special interests, must necessarily be riddled with elaborate lies and deception. Our political system, with great help from mainstream media, is designed to foster mass deception rather than expose it. But a simple rule change to our game of politics would instantly and reliably expose deception. This would destroy the status quo and revolutionize government.

Rather than trying to establish a level playing field for the game of politics, we could heavily stack the deck with a simple rule change that rewards informed truth seekers while severely punishing liars (and the ill-informed). We could establish a simple rule change that effectively forces intellectual honesty passively, without any required action by the players of the game. Too good to be true? Read on.

A Modest Proposal That Would Revolutionize Government

However, there might be a blank space for one or both arguments since providing them would be strictly voluntary. Our representatives (on either side of an issue) would be free to provide a single sentence as an argument, multiple pages, or nothing at all. But what makes these arguments special and gives them the power to reward informed truth seekers and severely punish liars (and the ill-informed) is this: They’d be dynamic; they’d be evolving works in progress – like Wikipedia articles.

Game theory predicts the arguments would quickly stabilize with fewer and fewer changes (like Wikipedia articles) – they wouldn’t go on and on in a tit-for-tat fashion.

Adding to their power to reward informed truth seekers and severely punish liars (and the ill-informed), pro and con arguments would be developed/modified out in the open (on the Internet for all to scrutinize). Both sides would watch the other side’s argument evolve and use this information to strategically develop/modify their (opposing) argument. At any given time, the public would see the current best pro argument and the current best con argument.

The Game Theory Behind Why This Would Revolutionize Government

To understand how this simple rule change would work effectively, you need to look at politics as the strategic game of deception that it is. You need to envision yourself as a player viewing the game alternately from the standpoint of an informed truth seeker and then from the standpoint of a liar (or the ill-informed). You will soon see this simple change makes the game of politics very easy for informed truth seekers and very difficult for liars and the ill-informed (just the opposite of our current system).

Our current political system rewards liars and punishes truth seekers by using a complex web of mechanisms that ultimately make it easy (with great help from mainstream media) to deceive the masses and hard to get the truth out to the masses. Once the masses are fooled, our politicians are free to rob us blind, to start illegal wars for profit, to rape the environment, to break laws with impunity, or to commit any number of atrocities to serve their corporate masters.

Our current political system makes it easy for liars to evade defending their positions with even a semblance of a sound argument. They’re free to spout specious, often emotional, arguments that are typically only superficially challenged by mainstream media. There’s little pressure on the liars to respond to cogent arguments against their positions. So their deceit remains largely hidden from the masses. But why would merely providing empty space for pro and con arguments radically change things?

If You Build It, They Will Come

Once the space for pro and con arguments is established (on the Internet for the world to see), there’d be great incentive for both truth seekers and even liars to put at least a figment of an argument in this space. Why?

Unless the bill is trivial or uncontroversial, leaving your argument space blank reeks of intellectual dishonesty and allows your opponents to skewer you in their opposing argument space. If you’re an informed truth seeker, you’d be eager to give the public a clear, cogent argument justifying your position. But if you’re a liar, you’d like to evade as much as possible. But if you do, your empty argument space tells the world you’re a crook. You’d be foolish not to offer the public something. But being a liar (or ill-informed), the best you can offer is a clever specious argument, which leaves you wide open for attack by your opponents. As a liar, you’re between a rock and a hard place.

Your clever specious argument might have easily fooled the masses, but it won’t fool your opponents (and friends of your opponents). As an informed truth seeker, you’d be able to easily recognize exactly where the (liar/ill-informed) argument is being deceptive or inadequate (if you can’t, get help from your friends). Using this information, you’d then modify your (opposing) argument to emphasize this deceit or ignorance for the public (who are always watching the two arguments evolve).

Some Game Strategies for Developing Arguments

But if you’re a liar (or ill-informed), you must shrink from inquiry because you’re in error and must do all you can to evade inquiry. But unfortunately for liars, the truth seekers (or their friends) will immediately recognize your evasion and hang you for it by updating their (opposing) argument to emphasize it for the public to see.

Let’s Start a Revolution in Government

Send a copy of this essay to all your government representatives (state and federal) and ask them if they favor this simple new rule change for the game of politics. If they reject the idea, they’re admitting they prefer stacking the deck in favor of liars rather than truth seekers.
Thoreau said, “There are a thousand hacking at the branches of evil to one who is striking at the root.” The root of evil in the world is mass deception in politics. We can destroy this root with a simple rule change to the game.