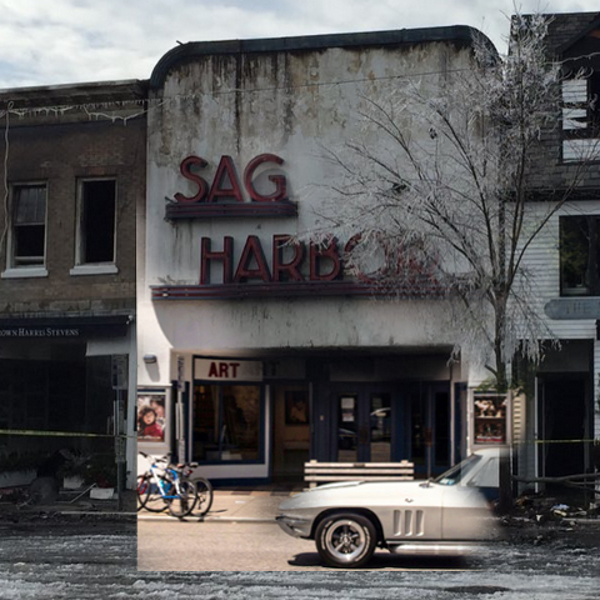 In the early hours of Friday morning RJD gallery in Sag Harbor was destroyed by fire. All the artwork on the premises was lost. Hundreds of original paintings gone. Millions of considered brush strokes no more to be seen.

With everything else that is going on in the world it’s a small story, no one died, no one was hurt.

I know quite a few of the artists who had artwork at the gallery. Candice Bohannon, Adam Miller, Pamela Wilson, Andrea Kowch, Katie O’Hagan. I got to know them through my podcast. They spoke of what they went through to make their paintings. The amount of care and attention they put into each piece. The years they’d put into developing their skill. How their paintings were, in a way, like children to them. How vulnerable it was to expose themselves in paint.

Still . . . the artwork was well insured so all the artists will get paid. So not all bad, right? If a mega collector had walked into the gallery and bought all their work it would be have been cause for celebration, right? Except they’re not celebrating this payday, they are grieving. It’s a horrible way to discover, if you were in any doubt, that you’re not doing it for the money. It is nice to get paid but the certain knowledge that your painting no longer exists can’t be eased with money.

The irony is that when we sell a painting we have to let it go. It could get damaged in shipping. The new owner could have an accident like Steve Wynn putting his elbow through Picasso’s, ‘Le Rêve.’ We know there’s always a possibility that whoever owns our painting can, if they want, destroy it.

Still, it’s not the focus when we hand over the painting. We let our work go in the subconscious hope it will be around forever. That it will, as Vincent Desiderio says, take its place in the ongoing conversation that is art history. That it will help us cheat death, as Damien Hirst likes to say.

If we’re honest we know it’s probably not true.

In one of my first podcasts Conor Walton stated flatly that in a thousand years none of our paintings would probably be around – canvas and wood are just too flimsy. More recently Pamela Wilson, talking about her earlier work, jokingly said that she didn’t know what dumpster her work had ended up in. They both add up to the same thing – once the painting goes out the door it has a life of its own and whether it is long or short we know it will end.

Years ago I saw some Tibetan monks make a mandala – one of those incredibly complex geometric patterned symbols. It took five monks about three weeks of painstakingly intricate work to create the finished mandala. No photo reference for these lads. No model to work from. They created the whole thing from memory. They didn’t even use paint. Instead, they use coloured sand they, “drew,” with using specialised metal funnels. The monks all worked simultaneously moving around each other in a ballet of artistry and intention. At the end of the three weeks, they ceremoniously swept up the sand and chucked it in a river.

What the fire at RJD gallery has done is compress time and remove uncertainty. The paintings didn’t disintegrate over a thousand years. It took minutes. We know what dumpster they ended up in. In the ashes we are face to face with the frailty of our artwork and by extension our lives.
Someday we too will be gone.

If we know the painting won’t last, hell we won’t even last, why bother?

We bother because we can’t not bother.
(send the Pulitzer for the last sentence to the address below thank you)

It is the creation of the painting that drives the artist. All the paint does is record the magic – that quiet electricity that happens when we’re not looking. The light that gets through the crack Leonard Cohen sang about.

I think the monks might be onto something. In trying to make a good painting we can overlook what it is we’re trying to capture. We are chasing after the energy of creation, we are helping to pull it out of ourselves. The finished paintings are mere shadows of this wonder – the shadows on the cave wall. The shadow fades, the cave crumbles but the light that comes through us, the light we are, is now and forever.